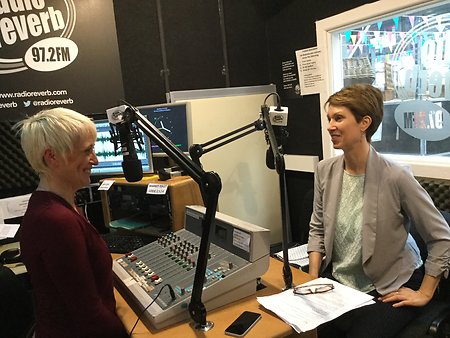 Rue has been a qualified Hypnotherapist for the last 25 years, originally training as a Hypno-Psychotherapist at the National School of Hypnosis and Psychotherapy. She is a registered member of The National Society of Hypnosis, Psychotherapy & Mindfulness and uses a combination of the Eriksonian model of hypnosis - an advanced form of traditional hypnotherapy, NLP and Brief Strategic Therapy. She is also a registered Brain Working Recursive Therapist (BWRT) which she uses to successfully treat other issues such as PTSD, Phobias, Sports Performance & Success Inhibition.

Part of her weight loss training was undertaken on a one-to-one basis with Michelle Hague, international primary trainer at the London College of Clinical Hypnosis and specialist in Gastric Utilisation Therapy and Hypno-Band practitioner. She has successfully completed further training through Zest4Life - Introduction to Nutrition and taken part in an 8 week course of Mindfulness Based Stress Reduction (MBSR) taught by Michael Chaskalson.

She is also a fully qualified Clinical Weight Loss Coach having gained a distinction in her diploma, training with The Centre of Excellence and holds silver membership with The International Association of Neuro Linguistic Programming & Coaching and The International Alliance of Holistic Therapists (IANLPC).

Having worked with a wide range of conditions over the last 16 years, including behavioural modification, emotional disorders, motivational coaching, in the charity sector, within the prison service as a Stress Management Therapist. Also as a qualified HypnoBirthing Practitioner successfully running group workshops for pregnant couples, she now specialises in offering hypnosis for Weight Loss, Cessation of Smoking and Stress.

The misconception and impression that many people hold is that hypnosis is something magical, mystical and even dangerous. Hypnosis has even been portrayed as a scary form of mind control, where people are made to give up control of themselves. Hypnosis is in fact the complete opposite. People visit hypnotherapists, or utilise self-hypnosis, because they want help to gain more control over their lives, limiting habits and behaviours - not less.

The phenomenon of hypnosis is firstly, and most importantly, a natural state of mind, which means that virtually every person has the capacity to respond to hypnosis on some level. Hypnosis is simply a state of physical, mental and emotional relaxation, along with a heightened state of awareness. This change of consciousness is extremely comfortable and relaxing, just like those moments before you fall asleep and as you start to wake up in the morning. You'll feel very relaxed, yet your mind will still be highly focused and aware.

Hypnosis is a means of moving into a perfectly natural state of mind, that people actually move in and out of several times a day. Everyone has experienced this trance like state, although they may not have called it hypnosis. We all go in and out of different levels of consciousness all day. Daydreaming, reading, driving are all examples of every day tasks when we may enter an altered state of awareness.

Have you ever had the experience of driving along the motorway and suddenly realised that you passed your exit several miles back?
Or have you ever been so caught up in a TV programme, a book, a film or computer game that you've lost track of time, or not realised that someone has been talking to you?

These changes in our awareness occur when we become so wholly focused on a task to the exclusion of everything else. Our sense of time may become distorted and subjective and we no longer pay attention to outside disturbances.

Hypnosis is just another example of an altered state of awareness. The difference being that it can be utilised for self-change as we are also much more open and responsive to positive suggestion in this state.

So, when a hypnotherapist guides you into hypnosis they are not asking you to experience anything strange that you haven't experienced before. This is why sometimes people come out of trance unsure whether they were actually hypnotised or not, as it is such a familiar feeling.

click
©2022 Hypno Weight Loss Clinic is powered by WebHealer
Cookies are set by this site. To decline them or find out more visit our cookie page

For a Free Consultation

Call 01273 470498
©2022 Hypno Weight Loss Clinic is powered by WebHealer
Cookies are set by this site. To decline them or find out more visit our cookie page